Say hello to one of our current projects. This house is in the
Hobson Heights area in Ventura.
You're looking at the view from the front door looking into the
kitchen/great room area.
The wall just inside the entry felt just too closed in, so we
decided to put in an interior window so you could
see straight through to the ocean views. 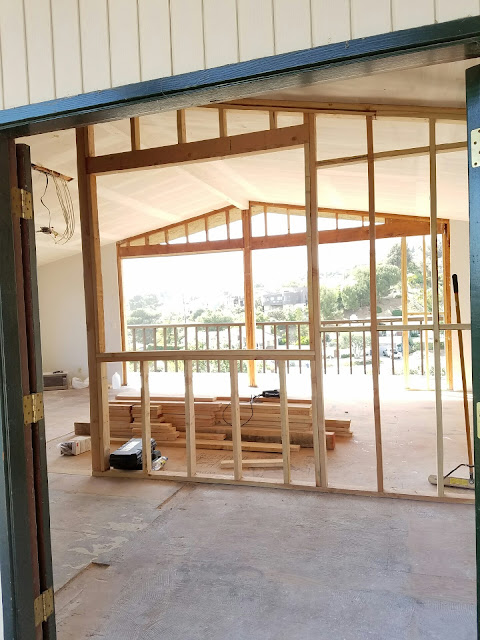 I visualized the window being something black and metal, and I would prefer
something old. So the boys and I jumped in the car and
headed to our other property near the beach that just happened to have
the coolest old window.
Only after measuring, it was way too big.... :( 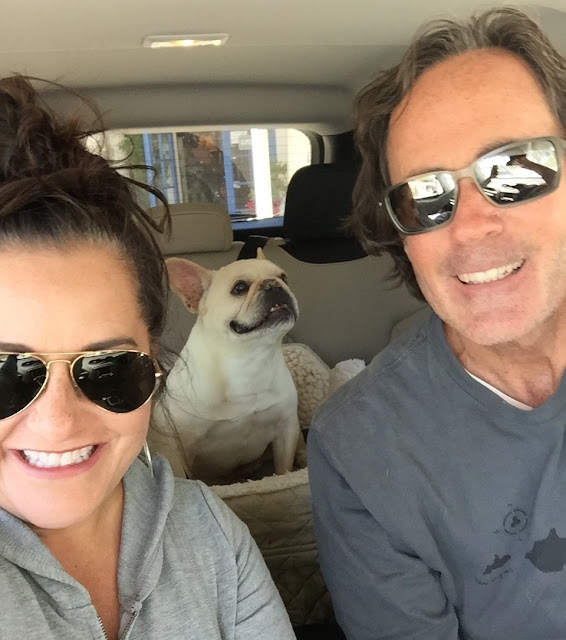 So we decided to hit up some of our favorite antique and salvage
stores to see if we could find that perfect window.
We started at this Antique store in Summerland and
found.....
nothing:(
Well, that's kind of a lie, because I did leave with some sweet
old corbels that might find their way into that beach house
I was talking about earlier... 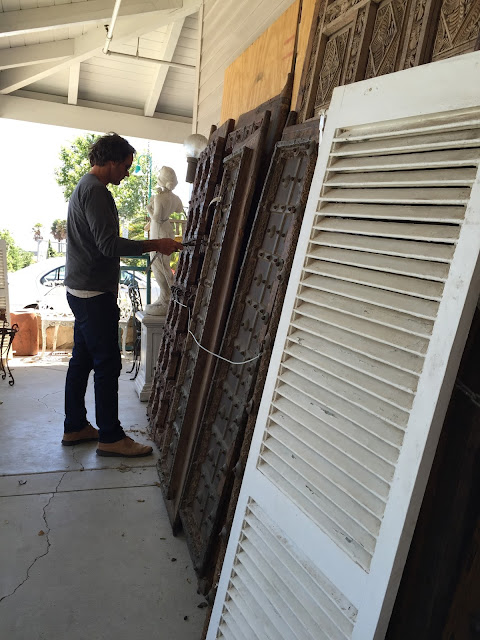 Then we hit up The Salvage Company in Santa Barbara.
This place had some really cool lighting.... 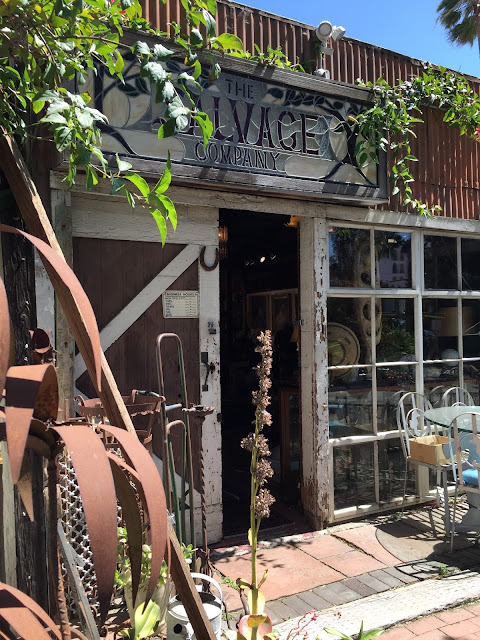 and boxes full of treasures...
but sadly, no window:(

Just as we were about to leave, this lady who was also shopping there
asked us what we were looking for. I told her how I was really
wanting an old black metal window for this house we're doing.
She then said (queue choir of angels) "oh! I saw one for sale
on Craigslist yesterday for $25 but it wasn't the size I
needed, I'm pretty sure it's still available."

Within minutes we were headed to meet
the Craigslist window lady. 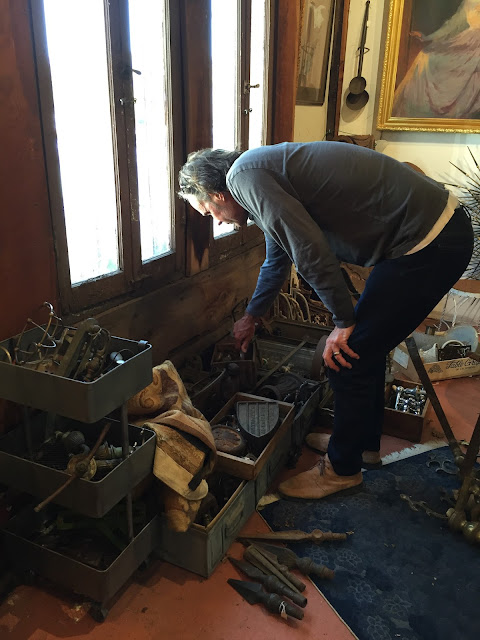 I'm not a Craigslister. It's just not my thing, kinda creeps me out
to be honest. But since I had my body guard and my super
vicious guard dog with me, I figured all was cool. 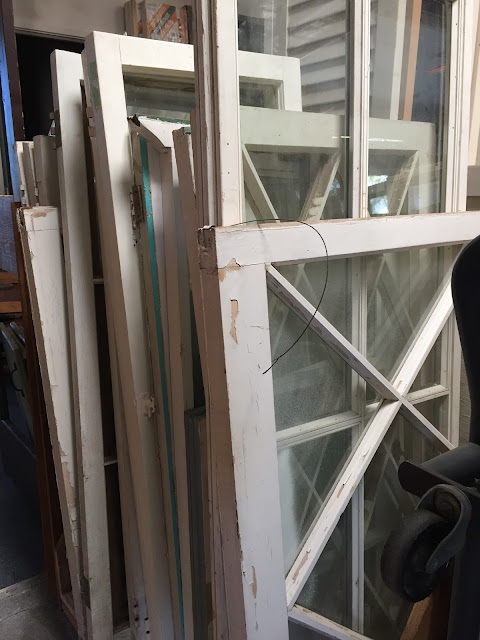 Oh those doors are from the Van Halen estate?
Yeah that's cool, but no. No, we really don't need those doors.
No we like Van Halen!
But really, we just came to look at the
STINKIN WINDOW!!!
At this point, Rog and I were exchanging looks like what is
going on??!!??
Is there no window??
My creep meter was beeping so I told him I had to go check on Little Bully
who was waiting in the car.
I wish you could have seen the panic in Rog's face,
it was HILARIOUS!! 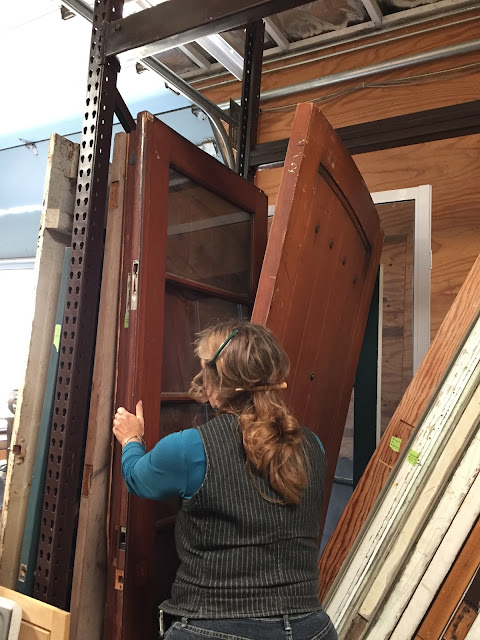 After about 2 minutes of laughing in the car, I headed back inside
to rescue Rog from the crazy Craigslist window lady. 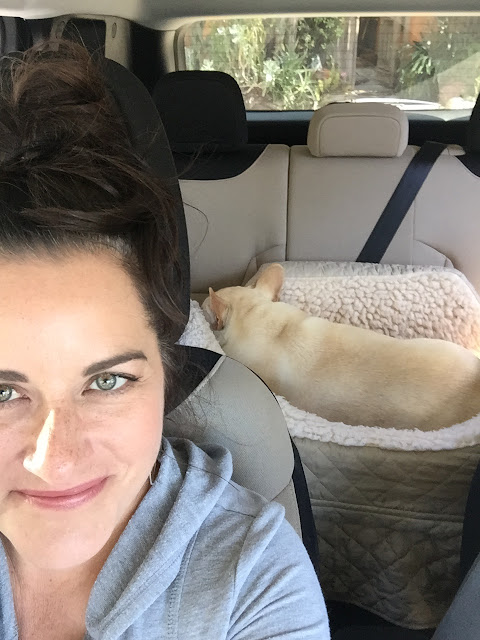 I was pretty much convinced that this black metal window
didn't even exist.

But there it was.
And it was perfect.

After she finally realized that we only came for the window, it got
super awkward. But of course I think awkward is hysterical.
We gave her the $25 and I've never seen
Rog load something so fast. 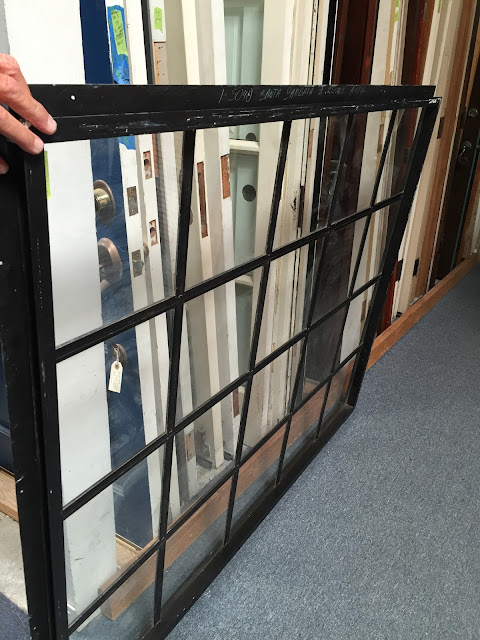 We seriously laughed the entire way home.
Weirdest experience ever!! 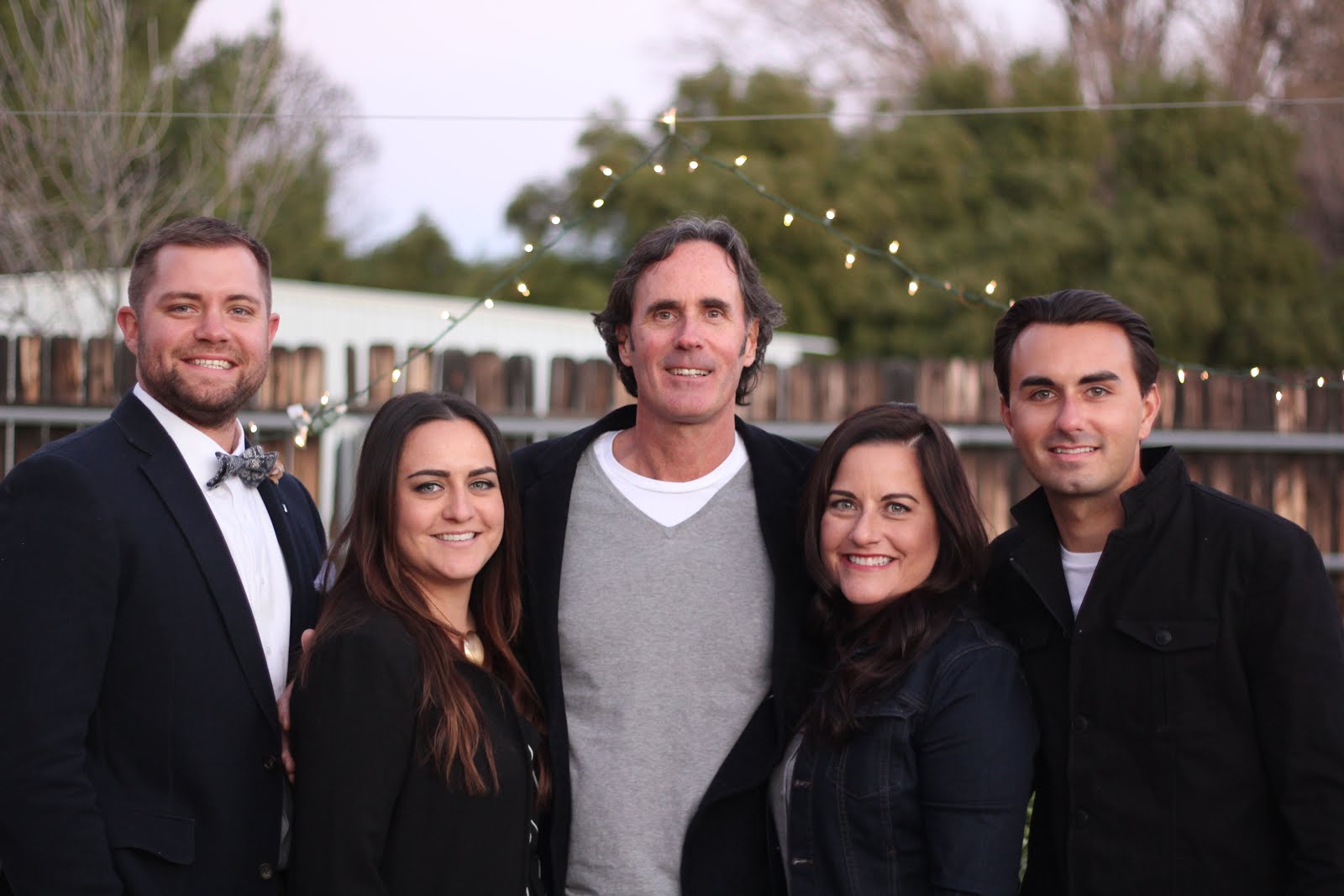